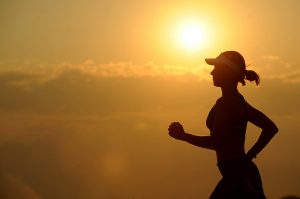 You can begin having a new lifestyle, a lifestyle of wellness, any time; you don’t have to wait for a New Year’s resolution or a new dietary law to go into effect.  And your lifestyle change doesn’t have to be massive and major; in fact, the idea of “baby stepping” into small changes is easier, faster and much more doable for most people.

A fresh start in getting a “wellness” lifestyle can be successful only as long as the ultimate goal is one of being well, and that’s not just the absence of illness or dramatic symptoms—it’s the feeling of well-being, of strength and health and of steadily pacing yourself (like a runner training for a marathon, who begins with small runs and advances over time) to achieve that feeling day after day.

After all, it’s the big expectations—I’m going to quit smoking, I’m going to stop drinking, I’m going to lose twenty pounds and I’m going to do it NOW—that are the biggest and most spectacular failures. We become discouraged and give up too easily, and we continue to be more unrealistic in setting new goals. So, with the idea in mind of “baby stepping” to success, let’s consider some of the areas where you can make tiny and incremental changes to your lifestyle and your health-style.

This is a big one, no pun intended—the World Health Organization estimates that 1 out of every 3 adults is overweight, while one in ten is obese. So losing weight is not only a good idea, it’s a popular one. But a number of people, once they’ve started, get easily discouraged because the weight isn’t going off fast enough, or comes back on (the “yo-yo” effect), and they quit. And get even larger.

The stats aren’t encouraging—over 95% of those who lose weight get it right back within three years. But the secret isn’t in losing the weight, but in keeping it off, and for that you need both physical activity and nutritional change.

Change That Diet—Starting With The Veggies

Nutrional change starts with the best kinds of foods, those with a lower glycemic count (it’s the sugar, whether in carbs or occurring naturally, that turns into fat more quickly than anything else. So—the greener the vegetable, the better, and you should avoid the higher glycemic counts in vegetables such as carrots, peas, corn and potatoes.

That doesn’t mean you go on a Bugs Bunny diet; it means that you eat one more green veggie a day, and add another green veggie to your diet after a month’s time. Your weight loss will be slow but appreciable (you’ll definitely notice the change in weight and increased energy) and you’ll be on the baby-stepping road to better health.

Burn it Off by Moving

As to all that sugar, remember that it becomes energy, so burn it off instead of letting it convert, by getting up there and moving—jogging, walking, swimming, treadmilling, biking on the old stationary or just plain aerobics. Sustain that activity for 20 minutes, for four days a week (and if you miss a day, get right back on that treadmill—you’re forbidden to feel guilty!)

Any person getting that amount of exercise per week has moved from a sedentary lifestyle to one of much more energy, fun and activity. So skip the five hours with World of Warcraft and get outside for a 20 minute walk—as we tell computer nerds, once you’re outside, the graphics are amazing. And keep moving all the twenty minutes—it’s not the moves, it’s the continuous moves.

To baby step this, take a ten minute walk two days a week, then add a day after a month, then make it fifteen minutes, and so on. By the sixth week, if you maintain the increases, you’ll be in the pleasant mode of 22 minutes out, 22 minutes back (a total of 44 minutes each day, a great exercise regimen), and you’ll be doing it for a whole five days a week.

Caffeine and Other Junk

Caffeine and junk foods are bad for you, no argument there. But the trick not to give them up, because anybody who’s enjoyed them simply can’t go cold turkey (caffeine is one of the hardest drugs to give up, incidentally). Baby-stepping demands that you reduce the amounts you take in; try one Starbucks a week instead of four. Drink three cups of coffee a day instead of five. Have one soda a day at most. Keep this up until you’re comfortable with it, and then reduce the intake even more.

This same trick also works with snacks between meals (try three a week instead of every day), fast food (twice a week instead of four times) and all those high-carb products out there that increase fat, sugar and sodium. Let them go little by little, and your “detox” will be virtually painless.

Do you grab an aspirin at the first sign of a headache, or nose drops at the first sneeze? You may be one of the millions of people out there who use over-the-counter medications on a daily basis, and that’s one habit you might want to consider for cold turkey, as the interactions from those can be very unhealthy. Try a quick lie-down for a headache, a hot shower for a stuffy nose, and if you’re in pain—see what it’s like in another hour.

Finally, get some sleep. Eight hours of it is vital to mental and physical health. Start going to bed earlier—just ten minutes at first, baby steps—and avoid caffeine and food before bedtime. That also means reducing computer and TV time, maybe to an hour (eventually) instead of four. And the first baby step? Make it three and a half. Go from there.

Baby stepping isn’t a new idea, but it works. And it works in any area of our lives that we want to change. But the important thing to realize is that it is the steps of a baby—that means slow, gradual, falling sometimes, getting back up and keeping on.

Ultimately you’ll make the journey to success—a lifestyle of wellness.

Drs. Kris and Melissa Tocszak are dedicated to providing you with the absolute best in family wellness care at their Vista chiropractic office. So take a moment today to discuss with your Family Wellness Chiropractor any concerns you may have regarding your family’s overall health and wellness.