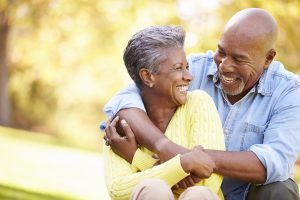 The German theologian, Meister Eckhart, once said, “If the only prayer you said in your whole life was ‘thank you’, that would suffice.” Dr. John Demartini has said that the most powerful prayer is not a prayer of “I need a change in…” but a prayer of “thankfulness for what is, as it is”.

Taken for face value, both of these quotes could seem overly spiritual or religious and your instinct may be to dismiss them; but research is proving that the very attitudes reflected in these quotes could have a positive effect on those who consider them. An “Attitude of Gratitude” has become more than just a catchphrase; it is proving to be a recommendation for wellness.

Best-selling author Marci Shimoff says that attitude plus gratitude equals happiness. While writing Happy for No Reason: Steps to Being Happy from the Inside Out, she had the opportunity to spend time with 100 happy people and she found that they all shared the same habit: they focused on the solution rather than the problem. They tended to concentrate on the good in a situation and on improving it.

“Happy people let love lead in their lives,” she said. It’s true that they face similar problems as the rest of us: painful experiences, fears and disappointments, but their different habits allow them to “keep their hearts open in their daily lives.” Ms. Shimoff found in her research that one aspect of this was focusing on gratitude. “People who are happy for no reason don’t necessarily have more in their lives to be grateful for, they simply focus more often on gratitude throughout their day.”

Gratitude is defined as the state of being grateful – thankfulness. It’s a complete change of focus, or state of being focused on the negative, and is instead the conscious decision to look within a situation to find something, anything, for which to be thankful.

Gratitude is the act of being aware of and thankful for those things in our lives that are good to us or for us. Grateful People

An increasing amount of research has shown that an enhanced attitude of gratitude can improve not only psychological well-being, but also emotional and physical well-being. Studies from the past ten years have shown that those who tend to be thankful have more energy, are more optimistic and more social.

Additionally, they are less likely to be depressed, envious, greedy or alcoholics. Add to that their penchant for earning more money, sleeping more soundly, exercising more regularly and having greater resistance to viral infections, and it’s not surprising that they are generally happier.

Current research is now finding that gratitude can have similar benefits in children and adolescents. A recent article published in the Wall Street Journal reported, “Kids who feel and act grateful tend to be less materialistic, get better grades, set higher goals, complain of fewer headaches and stomach aches and feel more satisfied with their friends, families and schools than those who don’t, studies show.”

Dr. Jeffrey J. Froh, an assistant professor of psychology at Hofstra University said, “A lot of these findings are things we learned in kindergarten or our grandmothers told us, but we now have scientific evidence to prove them.”

In the Journal of Happiness Studies, Dr. Froh and colleagues report that high school students who are materialistic tend to have lower grades, higher levels of envy and less satisfaction with life, while the most grateful students had more friends and higher GPAs.

The possibility that happy, healthy and successful people simply had more to be grateful for was considered, but a landmark study published in the Journal of Personality and Social Psychology revealed that the act of counting blessings can actually make people feel better.

A similar study published in the Journal of School Psychology was conducted at Candlewood Middle School in Dix Hills, N.Y., an affluent area on Long Island. The results were not as striking with this study, but still, the students who were asked to list things they were grateful for, were more satisfied with school and were more optimistic than those students asked to list their irritations.

Jack Canfield, the founder of the book brand Chicken Soup for the Soul says that developing an attitude of gratitude is nothing more than making a conscious decision to appreciate and acknowledge those things with which you’ve already been blessed.

Perhaps an antithesis to what we would expect, he says to even be grateful for the challenges in our lives because it’s within these experiences that we have the opportunity to grow.

Author and motivational speaker, Zig Ziglar, once said “Of all the attitudes we can acquire, surely the attitude of gratitude is the most important, and by far the most life-changing.”

Five Steps to Developing an Attitude of Gratitude

Keep a Journal – take time to write down those things for which you are grateful, and be detailed. For instance, a child might write “my dog” but would be encouraged to write “when my dog runs to greet me at the door”.

Carry a Reminder – take a small stone or other meaningful object and carry it with you. When you reach into your pocket for change or your keys, touching it is a reminder to stop and think of something for which you’re grateful.

Watch What You Say – don’t focus on the negative; speaking disapprovingly of someone or something, or even self-depreciating talk, can thwart your efforts.

Daily Focus – each night, before retiring, take a moment to consider your day and try to find at least two or three specific things for which you’re grateful and focus on them.

Accountability Buddies – find a friend who wants to develop their attitude of gratitude and swap gratitude lists weekly, however, remember that acknowledging where the gratitude is due will keep it from sounding like bragging